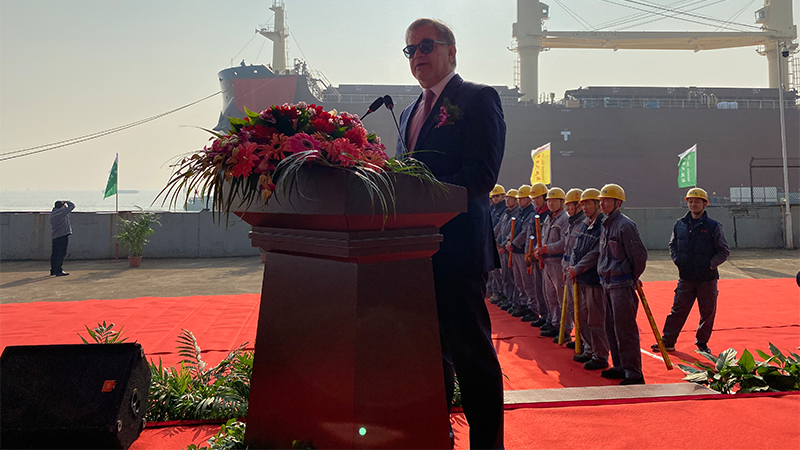 The new president-elect of ECSA and Lemissoler Navigation’s CEO, Philippos Philis,  was very comfortably reelected to the Board of CSC Board of Directors yesterday. This reflects the high recognition he enjoys among the Chamber Members; as a result of his hard efforts and commitment during his term as President during the last very difficult years. It is also very gratifying for Lemissoler Navigation Co Ltd, the Cyprus Shipping Chamber and the image of Cyprus Shipping at large, to mention that Mr. Philis, will be taking over as President of the European Communities Shipowners’ Association (ECSA) as of next year. A high profile position, which entails at the same time, great responsibility for the future of European Shipping, as this will be the first time that a Cypriot shipowner will be entrusted with the helm of ECSA (European Community Shipowners’ Associations).

We want to wish the new president-elect of ECSA, Mr. Philis best of luck in this new challenge!